I started working on this track in April after a night of karaoke with some friends. We desperately wanted to sing Bad Romance, but the karaoke DJ didn’t have it yet. Just then, Self Esteem came on and we started singing Bad Romance on top of it. It’s kind of crazy how well they fit together.

Just in time for the weekend, I’ve given one of my favorite Gaga songs the summertime dance mix treatment. I borrowed the music for this mashup from Victor Ark’s fantastic remix of the Spanish house track I Love Fata.

Happy New Year! I have some exciting goodies for you in the coming weeks, but today I’m posting two of my Madonna mixes, previously unavailable on this site.

The first, “What It Feels Like for a Girl” was featured on my June 2009 Robotic Electronic DJ mix. Some of you requested it be made available individually, so here it is.

The second, “Hollywood Wondergroove” is a mashup of Madonna & Missy Elliott’s “Into the Hollywood Groove,” from their 2003 Gap campaign, over Maroon 5’s “Makes Me Wonder.” In August 2007, this mashup appeared on the Club Bootie Top 10 list.

Back in June DJ Matt Bailer and I collaborated on this mashup of Lily Allen’s song “Not Fair” and a dub by Swiss DJ Dario D’Attis, while incorporating bits and pieces of the original track provided in stems by Lily’s record label. It took awhile for us to come to an agreement on the final version, but here it is and I think it was worth the wait.

Someone sent me this YouTube video of Rutgers Shockwave, an all-female acapella group performing my Madonna/Lady GaGa mashup, “Just Dance Into the Groove.” It’s kinda Glee-esque and pretty damn fun to watch.

If you missed my original mashup, you can find it here.

You know you secretly love this Cher song. She deserves credit for popularizing the over processed Auto-Tune sound in 1998, long before T-Pain, Lil’ Wayne, Kanye West and others jumped on the bandwagon. 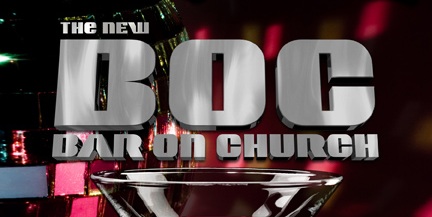 In case you missed it or want to re-live the night, here is a two hour podcast from my set at BOC last night, recorded from 11 PM – 1 AM. It’s a mix of Electro, House and Hip-Pop beats.

Stream the audio here, download to your computer, or load it up on your iPod to take to take my beats out and about with you.

Here’s a new mash-up that I put together today. Britney Spears’ “If You Seek Amy” on top of “Rock With U” by Janet Jackson. Enjoy!

It is rare for an Alanis acapella to see the light of day, so when the vocals from “You Oughta Know” surfaced nearly 15 years after the song was released, I knew I had to do something with them.